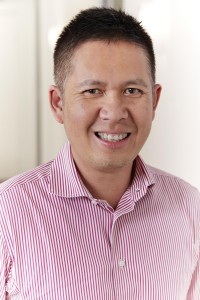 Dr. Vincent Nguyen came to Australia in 1990 and graduated in medicine from the University of Sydney in 1997.

After working in the Australian hospital system for a number of years, he moved to general medicine. Dr. Vincent Nguyen practiced in rural areas for several years and obtained Fellowship of Royal Australian College of General Practitioners (FRACGP) in 2006.

He works as a full-time GP and his special interests are general and preventative medicine as well as men’s health.

Dr. Nguyen always makes the team smile – he has a wonderful mix of professionalism and experience with a good dash of personality.

Main causes to be aware of

Some of the main types of disease that affect men’s health include:

Meet the rest of our team

Want to book an appointment?
You can make an appointment at Sydney Doctors 70 Pitt Street by calling us in Sydney on (02) 9233 3399 or book online.